The Paris Motor Show opens to the public on the 1st October, where there’ll be 200 car manufacturers from 18 countries exhibiting. An astonishing 75 cars are expected to be launched during the show, but here is our advance guide to the top ten most exciting new cars you’ll find at the show.

And, if you’re thinking of attending yourself, don’t miss our guide detailing everything you need to know about the Paris Motor Show.

Land Rover launched the Discovery Sport as replacement for the Freelander at the last Paris Show in 2014. The new 2017 Discovery is expected to follow the same styling cues, and bring with it a revamped and much more luxurious interior. Upgraded with all the latest off-road technology, and a UK price of under £50,000, Land Rover will no doubt ensure this launch will be one of the highlights of the Paris show.

The new X2 concept will be BMW’s show star as it brings another premium SUV into the market place. The concept is expected to be very near the production version that will be available in the second half of 2017. Made alongside the X1, the X2 will sport a coupe-like style and X3-level pricing. The higher price will get you five doors, premium interior materials, front or four-wheel drive, and a wide variety of engines and gearboxes. Interestingly, the platform will be shared with the forthcoming Mini Countryman.

The second generation Q5 will be Audi’s star unveiling, ready to do battle with the BMW X3 and Range Rover Evoque. The stylish SUV has been a popular choice in the UK since its launch in 2008. Completely revamped, it is likely to set a new benchmark for interior technology, while sharper styling (akin to the new Q7) will draw the crowds. Based on the same engineering set up of the new A4, this will have an immediate benefit of shedding some considerable weight compared to the outgoing model. It is also likely to be the first indicator of how the Q6 crossover will look, as both are expected to be made on a new production line based in Mexico.

Skoda plan to launch a brand new entry to the large SUV segment. The Kodiaq – the name comes from a species of Alaskan Bear – is based on the Vision S concept from the earlier Geneva Motor Show. The Kodiaq will be looking to undercut popular UK favourites such as the Kia Sorento and Hyundai Sante Fe in pricing, but match these rivals with similar interior quality and equipment. Skoda additionally hopes the Kodiaq will provide a real alternative to Japanese established SUVs such as the Nissan X-Trial and Toyota RAV4. A long teaser campaign and a media preview means there’s no surprise in how it looks, but expect the final details to be put in place at the show.

SsangYong has made no secret of wanting to target the ever popular large SUV and crossover market. The more compact Tivoli has already made an impact in the UK market and SsangYong hope the fourth-generation Rexton will follow in its wheel tracks and be recognised as a viable alternative to established models by Hyundai and Kia. Advance publicity suggests a 2.0-litre petrol engine linked to a seven-speed automatic gearbox will be found underneath a bold and striking design and upgraded interior.

With Bentley and Maserati having now successfully launched premium SUVs, here is Alfa Romeo’s much anticipated venture into the segment. The car has been kept closely under wraps, bar an accidental reveal in a promotional video, but we expect this to be a serious alternative for customers previously choosing premium SUVs such as the Porsche Macan or Audi Q3. The combination of Italian styling and crisp, sporty power could tempt customers away from these German rivals.

When every other car a manufacturer makes is a winner, even solid sales of one model might look a tad disappointing. With the Panamera, sales have been strongest in the Far East and Porsche hope the second generation model will bring them the same success in Europe. Despite taking styling cues from the world’s favourite sports car, the 911, and adding a range of new engines and the very latest interior technology, the new Panamera should have a slightly lower price tag.

Hyundai want the new i30 to be a serious contender for UK family hatchback buyers, so has seemingly designed the new model to appeal to everybody with no one buyer in mind. While we were expecting the third-generation i30 to have a new, more aggressive, exterior design, early previews suggest it’s more of the same. Still, there should be more space, more equipment and improved quality, which will appeal to the masses.

The last Mini Countryman, like the Mini Clubman, received lukewarm reviews, particularly for its styling. Mini has listened, but still have faith with this concept, leaving a much more aesthetically pleasing sculptured but rugged exterior, while remaining instantly identifiable as a Mini. A new interior is also promised that incorporates extras such as head-up display and the latest high-end in-car entertainment. The Countryman will have the four-wheel drive system used in the BMW X1, the same engine choices as now, plus the existing six-speed manual gearbox or the option of a new eight-speed automatic.

There’s no surprise where the biggest queues are likely to be at the Paris show. Ferrari will launch the open top version of its supercar, powered by a 6.2-litre V12 engine plus an electric motor combining to produce a total of 950 bhp, ensuring supercar performance. Early publicity pictures look like this will be a shoo-in for the next Gran Turismo and Forza video game updates, as well as a staple for any poster printers. The price? It’s irrelevant, as all planned production has already been sold. The used market is the only place to purchase, with prices already reaching £2.8 million… 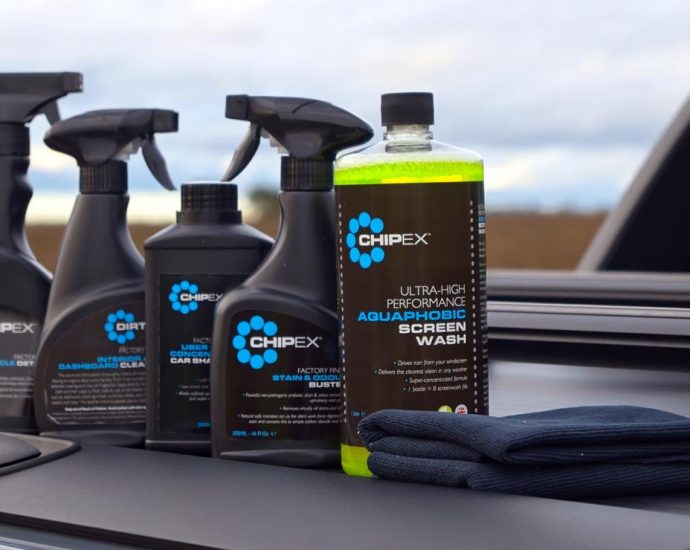