What’s new at the Festival of Speed? Eleven car debuts you cannot miss

The Goodwood Festival of Speed has grown to become the UK’s biggest celebration of motoring culture, with manufacturers spending ever-increasing amounts of money to captivate their audience.

Such is the importance of Goodwood that many now use it to launch their new models to the public, and this year sees a bumper crop on display or even making their way up the famous hill. 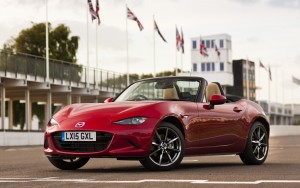 The most popular roadster in history is back, with one eye looking to its past and one eye firmly fixed on the future. The weight is back to late 90s levels, but the styling is firmly planted in the 21st century. Mazda’s ‘Kodo’ design language has resulted in some of the best looking cars on sale today, and these looks combined with a great driving experience should lead to another decade of smug comments from MX-5 owners. 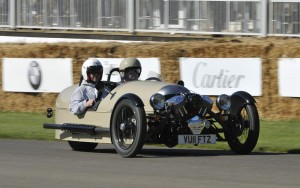 Driving Morgan’s 3 Wheeler is arguably the most fun you can have behind the wheel of a car. It’s a sensational car that provides a unique experience, so how do you progress from that? Morgan has decided what the world really needs is an electrically powered 3 Wheeler. Drifty old-school driving action in EV silence? Where do I sign up? 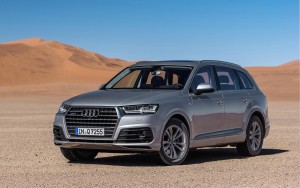 About as far away as you can get from the Morgan, Audi’s huge SUV has undergone automotive liposuction to shed over 300kg from its weight. A hybrid Q7 will follow in due course but for now – and most excitingly – visitors to the Festival of Speed can take a Q7 for an off-road drive. Of course, nobody will actually ever take their Q7 off-roading, will they? 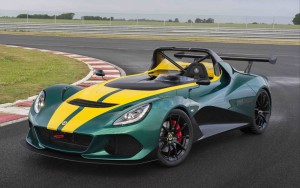 Lotus has a new track-only car in development that is expected to make its debut at this year’s Festival of Speed, combining a sub-one-tonne kerb weight with more than 400bhp. However, according to Lotus’ bizarre Twitter campaign, #ItsNotForYou so I’ll move on and talk about some cars that are. 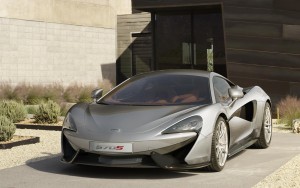 Coming in at under £150k, the new entry-level McLaren will take the brand into the territory of higher-end Porsche 911’s, Audi R8’s and Mercedes AMG-GT’s, but McLaren are optimistic that the new 570S will prove quicker and more engaging to drive. That’s a pretty big ask, but seeing as the car shares much in common with the heralded 650S it isn’t entirely out of the question either. Think of it as a baby 650S, tempted now? 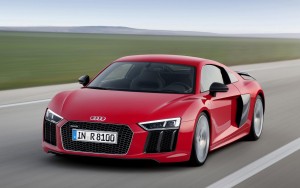 Talking of Audi R8 rivals, how about the R8 itself? With McLaren and Ferrari both turning out cars with turbocharged engines, could this V10-powered supercar be the last of the naturally aspirated supercars. As high-tech as it is, it could be a tyre-smoking dinosaur within a few years. 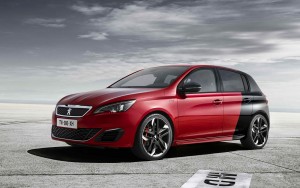 Hot hatches are experiencing a new golden age and as they flourish manufacturers just keep making them hotter and hotter. While customers will have the option of purchasing the 308 GTi with a very spicy 270bhp, keep your ears open for complaints that it’s not as good as the 205 GTi. Yes, that record is still broken. 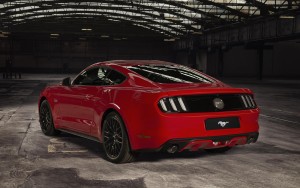 For the very first time us Brits can order a Mustang from our local Ford dealer, and it’ll come with the steering wheel on the correct side. At £26,995, it’s a bit of a bargain, especially as it drives (nearly) as well as it looks. Before you place an order for the hottest of hot hatchbacks, check out this piece of Detroit muscle as an alternative. You might be surprised. 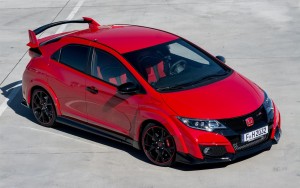 A car endearingly described as the ‘spiky’ Civic by one commenter; the new Honda Civic Type R is a monster of a hot hatch packing over 300bhp into its frightened hedgehog inspired exterior styling. It’s a truly excellent car to drive on track, but the jury is still out on whether it will be comfortable enough to run on a daily basis. Our British roads and the Type R’s firm suspension sounds like a recipe for back pain. 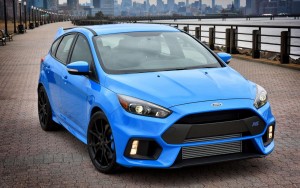 The new Focus RS could turn out to be the biggest fish in the hot hatch pond when it’s finally released. In a move that has delighted purists, it switches to a four-wheel drive system and packs a power figure upwards of 316bhp. Keep an eye out for Ken Block behind the wheel, as well as a blue paint job you can’t actually order for your new RS. 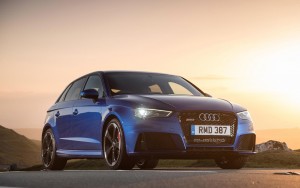 Your local photocopier maintenance contract salesperson might buy an Audi A3 TDi, but their regional director would probably be in the market for the Audi RS3. The famous Quattro system and ‘don’t mess with me at the lights mate’ styling suggest to those looking that this is a machine with serious performance credentials. The 2.5-litre 5-cylinder engine backs that up by producing 362bhp, making this the fastest hot hatch on sale today. That said, it still won’t be as fast as the TDi on the M4. 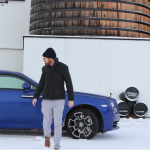