Top Ten iconic cars you missed at the Goodwood Revival

The Goodwood Revival took place at the weekend, with a mouth-watering selection of iconic cars from the 1940s, 50s and 60s. Here we pick out the Top Ten tasty motors you could have seen.

If these get you wanting more, then plan ahead and get to the Revival next year…

A staggering 20 D-types raced in the Lavant Cup, with a record 33 examples parading on the Goodwood circuit to celebrate 60 years of this iconic Jaguar race-winning car. 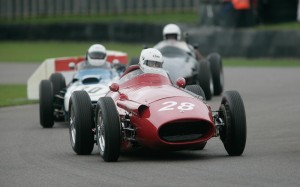 The rare sight of 11 racing 250 Fs in the Richmond Trophy stirred the soul of any enthusiast, with a total of 16 examples parading to mark the first 100 years since the revered Maserati marque was founded. 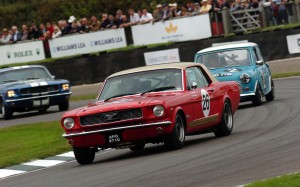 The iconic Mustang celebrates its 50th anniversary this year, and to capture the event, 18 examples battled in a special Shelby Cup race, racing wheel-to-wheel with contemporary American muscle. 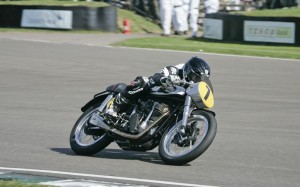 THE iconic British racing motorcycle. An example contested the Isle of Man TT from 1907 right through to the 1970s. A total of six will took part in the Barry Sheene Memorial Trophy, named after Britain’s late two-time 500cc world champion. Included among them is an example of the legendary ‘featherbed’ chassis, to be raced by US legend Kevin Schwantz.

Four racing examples of the lusty Ferrari 250 GT SWB/C competed in the ‘must see’ two-driver Royal Automobile Club TT Celebration race, along with other desirable and exceedingly valuable cars from Aston Martin, Jaguar, Lotus and others. 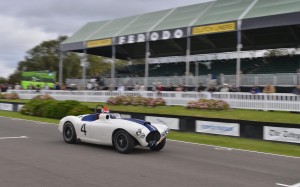 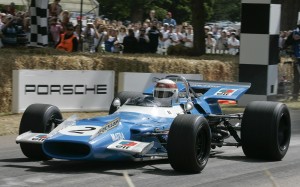 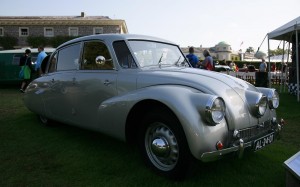 ‘The Versatile V8’ was the theme for this year’s Earls Court Concours display, including around 25 exceptional V8-powered passenger cars, including this pioneering rear-engined 1946 Tatra T87.

The wonderful 1959 Aston Martin DBR1 made a welcome racing return to Goodwood for the exciting Sussex Trophy race.

Pre-War racing thrills were guaranteed for the Goodwood Trophy, with this thundering 1935 ERA A-Type R4A competing against other ERAs, Bugattis, Aston Martins and other great 1930s racers.