Inside Toyota’s secret shed of excitement

Toyota have been around in the UK since the late 60s, starting out by selling the Corona. That was a straight laced four door saloon, but it since then the Japanese firm has made all sorts of interesting and exciting cars.

There’s the Supra from the 90s, familiar to every PlayStation 2 owner as the car of choice in Gran Turismo.

There’s been a Group-N rally car based, amazingly, on the Toyota Prius, while a special one-off Aygo Crazy was created recently that saw the tiny Aygo transformed in to something very special.

In their infinite wisdom, Toyota saw fit to let me have a go with these. 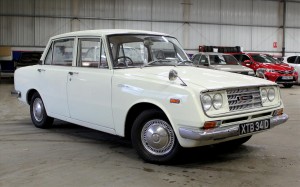 Stepping in to the Corona, a 1.5 litre petrol engined model from 1966, I was struck by just how fresh it felt. Yes, it’s looked after well by the boys at Toyota, but it was genuinely a better car than my much fresher 1973 Allegro. In fairness though, a Little Tikes Cozy Coupe is a better car than my old Allegro.

Horn mounted indicators aside, it was an easy and entertaining drive. Seemingly over 40 years ago Toyota had got the reliable and sensible part of their business done and dusted, and even the off-white colour of this particular car seemed somewhat apt.

Perhaps British Leyland should have taken note at that point, but that’s another story.

More modern than the Corona was the Lexus LS400. Readers will know I’ve got one of the earlier ones myself, dressed up in orange paint and with a Confederate flag on the roof. This was nothing like mine, looking ever so sober in its dark metallic green paint and tan leather trim. What made this one special though was the fact it was the very first Lexus in the country.

One of just two US-spec models imported to the UK in right hand drive and legal for British roads, I don’t know what value the company could place on the car, but it still made me smile. The drive was, oddly, slightly slower than my own model but the very fact I was allowed out, in the rain, in the very first was enough. 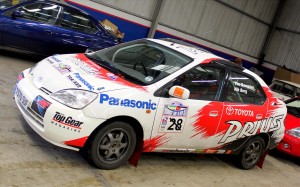 But enough of these sensible and worthy cars. I said there was some interesting and exciting stuff, starting off with the Prius Rally Car.

Not the first car you think of when discussing rallying, the Prius was fully prepared and Group-N compliant. There’s next to no trim inside, just bare metal floors, a hefty roll cage and some racing seats that are wide enough for a fit rally driver but perhaps a little narrow for a hospitality-enjoying motoring writer. Still, I was strapped in and the engine fired up…

Except nothing happened. The hybrid system is still in place, so the car silently turned on and pulled away before the petrol engine kicked in. And then… well, not much actually. The original 1.5 litre petrol unit remained untouched, so performance was pedestrian at best. Quiet, but not exactly enough to push you back in the seat.

Still, the extra stiffness afforded by the cage meant things were much stiffer, so this Prius cornered enthusiastically. It also attracted attention, but only at the very last second after it had sneaked up on pedestrians, the paintwork being rather bold. 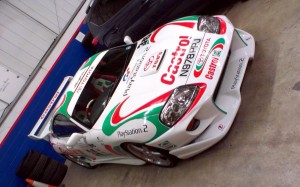 Bolder still was the Supra. Having made guest appearances in countless Gran Turismo games on the PlayStation 2, every single male over the age of 25 knows about this car. It looks every bit as good in the metal.

With its twin turbo engine and rear wheel drive, it promised to be a handful. Sure enough, the back end was sliding just pulling out of Toyota’s garage, but then the roads were getting pretty damp.

What surprised more than parking speed slides though was the automatic gearbox fitted to the car. This Supra certainly makes all the right noises, and it very much looks the part with its enormous rear spoiler and front splitter so low and long it’s got ‘No Step’ written on it, but ultimately the gearbox turns it from a road eating monster to a rather fearsome grand tourer. Perhaps that’s fitting given its Gran Turismo background. 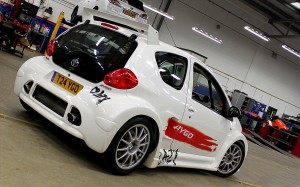 What definitely had as much go as it had show was the Aygo Crazy. With flared arches, big wheels and a roof mounted spoiler, the little shopping car promised a lot. Step inside and you find the rear seats are missing, replaced instead with a 1.8 litre turbocharged engine.

The power steering has been taken away, there is no assistance on the brakes, and I’m pretty certain that the suspension was replaced with rocks, but the car is simply so much fun.

Power, power, power, lift, listen to the dump valve whistling away, brake, turn, pray, hold on, look at nearby tree, hold on tighter, then straight again and back on the power. With its tiny wheelbase and silly amounts of power, it demands attention.

There’s no stopwatch to time it, but I hazard a guess that many hot hatches of today might actually take the B-roads of Surrey slightly quicker, but none will generate as many smiles, giggles and screams.

If you ever thought Toyota was boring, beg them for a drive in the Aygo Crazy. You’ll never think it again.

Even better, can you just put it in to production please Toyota? It’ll prove a point in a way the GT86 can’t quite manage. 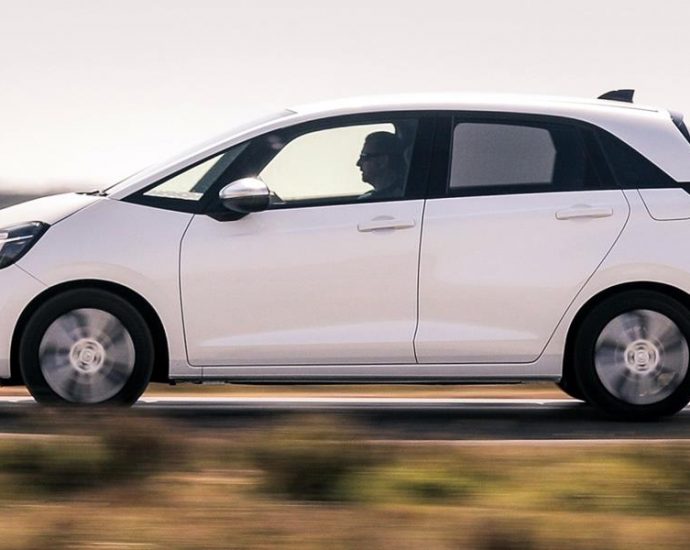 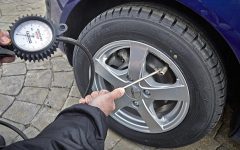