We make no secret of the fact that we love modern Cadillac’s. While we prefer to mention the BLS only in passing, the larger CTS really is a very well sorted car. Despite its obvious bulk, weighing in at close to 1.8 tonnes, the suspension smooths out the bumps well and keeps the car composed when pressing on through the twisty bits, a set of circumstances likely to invoke a sense of fear among Cadillac owners of old.

Admittedly, marrying a choice of thirsty 3.0 and 3.6 litre engines to that mass of metal results in some pretty dismal fuel economy figures (we managed to measure mpg in single figures during our time with the car), and the Cadillac brand in the UK still brings to the fore images of either Jefferson Davis “Boss” Hogg or the cast of The Only Way is Essex on a Friday night, so sales have been slow.

Taking a SAAB 9-3 and adding pointy bits of chrome and writing Cadillac on the boot also didn’t do the brand much good, which is a shame as there’s plenty to write about when looking at the US range.

The latest addition to this is the ATS, Cadillac’s answer to the BMW 3 Series, and first impressions are good.

Continuing Cadillac’s recent sharp suited style, with bold angles, vertical lights front and rear and plenty of sharp edges, the car looks spectacular. Standing out from the usual crowd of mid-level executive cars in a typically brash American way, all the design elements are held together in a nicely proportioned form that oozes presence. 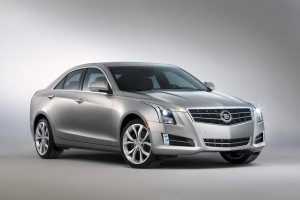 Inside it continues to impress, with hi-tech, glossy LCD panels, in a driver-focused interior that sees the instrument panel wrap around the door. LED lighting makes any gauge blindingly visible, and contrast with the real wood and carbon fibre trim. CUE, or Cadillac User Experience, is a feature fitted for the first time to the ATS; there’s a lengthy description from Cadillac, but it’s fundamentally a touch screen control panel that works a bit like an iPhone, with big, bold buttons and easy access to features. Like the iPhone, it’s intuitive and works well.

Under the skin it seems promising too. Cadillac are stressing that the chassis dynamics have been benchmarked against the BMW E46 3 series (the model from 1997 to 2006), arguably the last really involving small four door from BMW. With lowish weight at just 1542kg, and near 50/50 weight distribution, and Cadillac’s first five-link independent rear suspension, the rear drive set up sounds impressive – although four wheel drive will be an option. The upper models will also benefit from magnetic ride control, a system that adjusts the shock absorbers’ strength within just five milliseconds, keeping the car damped perfectly for all circumstances. 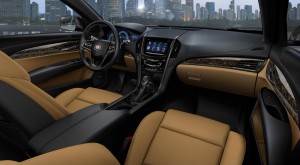 Engines, too, are far from the norm that you’d expect from the US. Yes, there’s still a lack of a diesel option, but the standard two litre turbocharged unit puts out 270 bhp and shouldn’t be too bad at the pumps. A more American style 3.6 V6 is also available, with a healthy 320 bhp on tap. There’s also plenty of good diesel options available within GM, so if the car makes it to these shores then expect a couple of oil burning units as options.

Will the ATS come to the UK and banish memories of the SAAB based BLS? All GM will say is that there’s no technical reason why the ATS couldn’t be built in right hand drive format, a decision they made early in the design process. So it could come here, but ‘could’ and ‘will’ are very different things.

We say it’s time for Cadillac to have another crack at the UK, but they need to do it properly. Half hearted attempts won’t wash, and they’ll need to invest a lot of cash for, initially, little return, but the ATS is certainly the best option they’ve got to enter the market. It took Lexus many years to be accepted as a genuine alternative to the German trio of Audi, BMW and Mercedes, and GM will need the confidence to stick it out with the Cadillac brand. 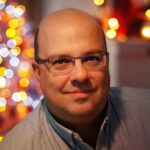